As regular readers of my blog might have noticed, I have been getting ready to do my biggest race of the year; the Itera. This is a 5 day adventure race going from top to bottom of Wales in a team of 4. We’ll be kayaking, “running” (more likely, trekking!), mountain biking and probably a few other exciting things along the way. Maximum total distance is 660km with 18,000m of ascent. There are short course options though, which we’re likely to end up taking one or two of. We are called ‘team tentel’. Tentel are a new start up telecommunications company run by cool people who like adventure racing! They sponsored us to get some matching kit, for which we also got a discount from Outside Edge  in Oban.

In the winter, the race seemed a long way away. I found, and wholeheartedly adopted, a great method of taking my mind of what was coming up. This was to enter lots of other races, as I can only concentrate on the next thing coming up and not much further! Some people have asked me if I have done anything different with my training. Well, I changed the type of races I entered (almost no short, fast stuff) and did less interval work and more longer distance things. But I also distracted myself with longer triathlons and the open water swim a couple of weeks ago. If you’re busy thinking ‘when and where can I swim outside again next?’ then you don’t worry so much about ‘how will I last more than 24 hours, let alone 5 days?’.

April and May were good months for mountain biking, when I deliberately entered events such as the Selkirk MTB marathon and three of us got together for an overnight mountain bike / bivvy ride. In the last few months I have panicked slightly about my lack of time spent on foot in the hills. But over June and July I did get out for 5 longer sessions (3 were races!). I don’t normally spend any time kayaking. This isn’t because I don’t like it, but for more practical reasons. Like, where would I keep a kayak? And how would I get it anywhere? I like to tell myself that doing plenty of swimming is good substitute training, as it’s sort of the same arm action … who knows if this is true, but I have a good time all the same! And I have generally done remarkably well on kayak sections in races. All things considered.

My team mates for this race are Paul McGreal, Jon Ellis and Sam Rose. I raced with Paul in a similar event (the Terrex) two years ago. We were still talking to each other at the end of it and he enjoyed himself enough to want to do it again. With a team of two we set about persuading Jon that he really wanted to race with us. I have competed with Jon a couple of times before, but many years ago when we didn’t really know each other. We’ve kept in touch and met up quite a few times since then though. He has loads of expedition event experience and did very well at the Terrex last year with his ‘last minute’ team. When he finally gave in to our pestering, we were three and only needed one more.

Luck would have it that at this point Sam emailed Jon asking if he knew any teams she could join. With a mutual friend’s endorsement (thanks Elizabeth!) we thought she’d be a good match. As soon as we said ‘join us’, she hesitated! Having spent 8 months off work travelling the world, she seemed unsure of her fitness. However, having heard tales such as these, I am feeling confident of her ability and suitability for our team. In fact, she may well be the one waiting for all of us!

“I raced for two days on a broken ankle last time”

“We hunted out Koh Si Chang Island’s only kayak yesterday, which was a 100 year old sit on top and paddled it round the bay for a couple of hours until it sunk”

Emails are all I’ve had to get to know Sam, as we won’t meet until Friday evening before the race begins. However, this hasn’t been my biggest concern at all! In fact, much more stressful has been trying to organise and coordinate kit requirements, social media and logistics. All made much more difficult by the fact that I lost internet access at a critical time and have been offline for over a week! Many thanks to the various friends who have let me squat at their houses using their facilities (Robert, Hayley, Vicky, Glen). Apart from all that, this week’s training has mostly revolved around getting plenty of sleep and eating good food – kale pizza saved for my last night at home!

I am confident that once we start, I will enjoy it. Before that we have a prologue to do on Saturday (10km run round Cardiff bay, with a white water boating thing in the middle) and much planning and kit re-packing and organising once we get the route maps at registration. Then we will be ‘whisked’ up to Caernarfon on Sunday for an 8am start on Saturday. When I say whisked, I mean we will crawl up north on a 5 hour coach journey with the promise of selected DVDs to entertain us. Hmm!

My dad lives just 20 minutes drive from the start, but won’t be there to wave us off! (he’s away for the weekend). However, it does mean I’m relatively familiar with the area I expect we’ll be in for the first couple of days. We’ve been given an idea of how many stages there are and their length and height gain, but no other clues as to where we’re going. I love to play ‘guess the route’, even if it is only speculation and probably a waste of energy. For me though, it’s part of the fun! I have something in mind for the first 5 ½ stages, but then my knowledge of Wales gets a bit too hazy! One of the pictures in the montage gives you an idea just for the record, but only if I’m right. If I’m wrong, then it’s just a pretty picture. I have made sure to maximise the number of castles en route, so it’s a good one even if it’s not the right one 🙂 .

What seems fairly certain is that we will spend some time paddling round the north coast of Wales, go on a big mountain trek in Snowdonia, paddle again and do a long bike ride across the middle of Wales to get us back down south for some fun on the Brecon Beacons. I might spend half the week saying ‘oh, I’ve been here before’ as we cross and join either the routes from the Trans Wales event I did a few years ago, or my Cardiff-Holyhead Sustrans cycle tour from even further back.

I expect to be providing some blog updates as the race progresses. They won’t be posted here, but on the live race website here. This is also the place where you can track our progress against other teams or leave messages of support. If you’re on facebook you can also like our public team page here. We’re hoping to be able to publish a few updates about how we are. Since we are not allowed access to things like phones, these will come from our supporters interpreting the maps and reading between the blog lines for you, and from my boyfriend, who is working as a volunteer / marshal for the week.

The field for the race is truly international. This is fantastic. It does mean we don’t really have a clue how well we might do. Out of 36 teams I have estimated that top 20 would be an achievement, anything higher a bonus. Before that though, even finishing together still smiling and full of tall tales of derring-do and adventure will make it all worthwhile.

See you all on the other side! 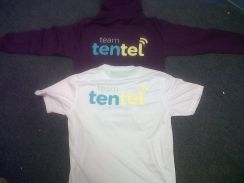 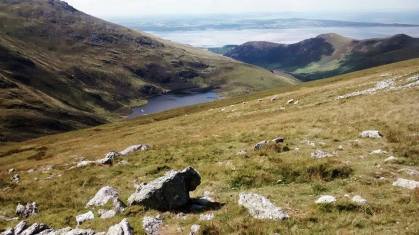 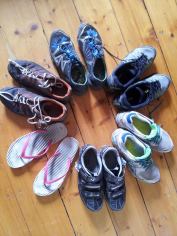 Many different pairs of shoes are required 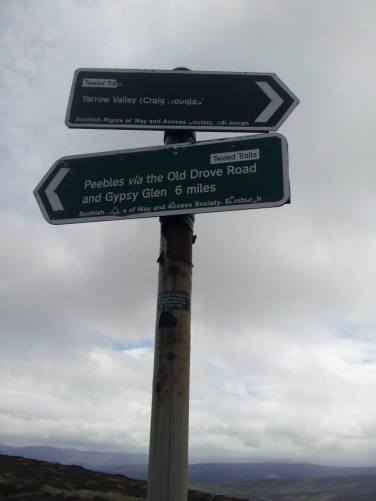 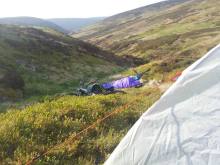 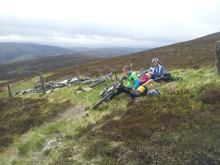 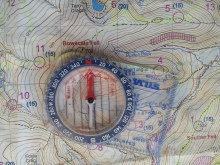 The last bearing we took, so I could check it was right! It was, but our track (map above) shows us veering off further north.

Smile for the camera!

The run to Staveley 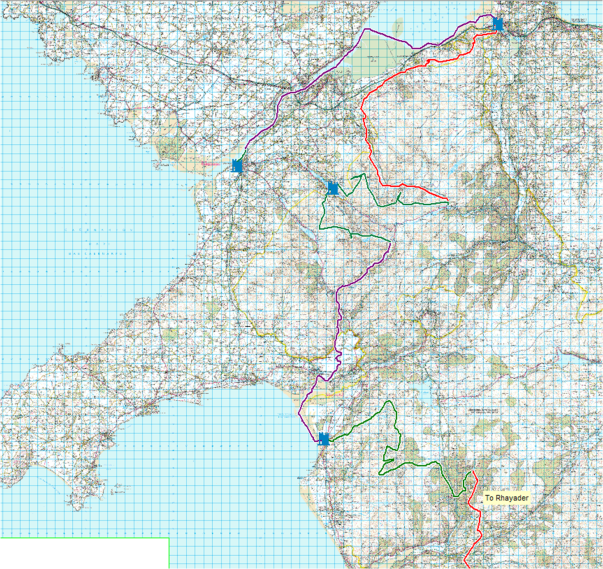