Where did the year go? 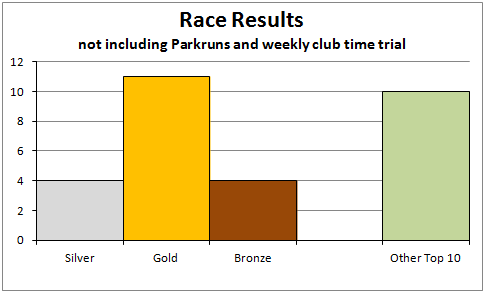 ***Trident Tri, Ripon***
Why? For great organisation, reasonable entry fee, free camping and entry to the fancy house and gardens, equitable treatment of the women’s race, fast course, cash prizes, post-race cool-off paddling pool. What more could you ask for?!

***Craggy Island Tri, Kerrara***
Why? You get to swim to an island with no roads, race round an interesting off-road course with captive spectators and run over a hill with stunning views.

***Slateman triathlon***
I had made this race one of my two target races for the year, but felt I under-performed compared to my capability. I learnt from it though!

***Dundee half marathon***
Well, I have done a half marathon before, but it was very many years ago! I entered this one at short notice and surprised myself at how much I enjoyed it and how well I did. I even squeaked into the top 10 of a proper running race with a large field!

Best and worst aspects of training

Most under-rated form of training for triathlon

***Adventure Racing!***
I don’t know how I’d keep fit and motivated all winter if I didn’t have an Open 5 to look forward to every month 🙂

I really like purple Haglöfs carry-alls, snugly bodywarmers, Tricentre vouchers, buffs and beer for Andy and excuses to spend cash prizes at the women’s specific triathlon store tent. I am not so keen on free entry to a race in 5 days time, 236km from where I live.

Ghostly Hallocross riders: thanks to Addy Pope for the picture

Hey! They’re all following me!

A reminder of my day 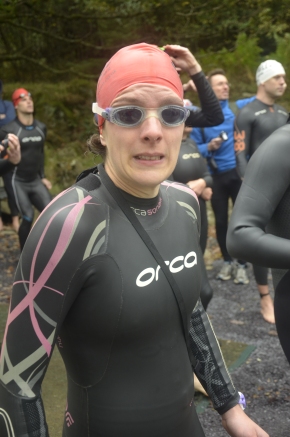 Car with both bikes and rain cover, me with welly boots and silver plate!

Sharon and I on the trail run, before I overheated

You can read this article in the March edition of 220 Triathlon!

Having fun biking on one of the easier trails! 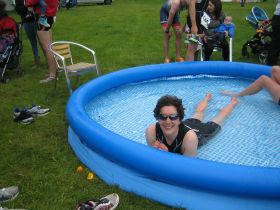 Chilling in the cool-down pool! 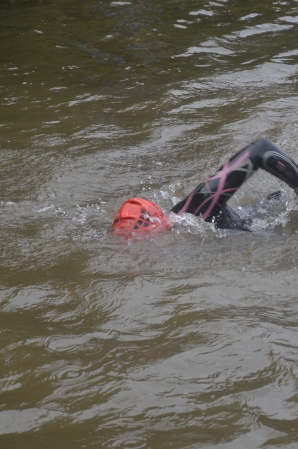 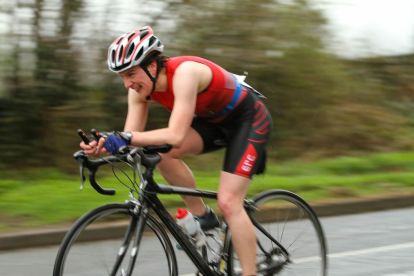 I like to ride my bicycle – picture thanks to James Kirby

Series leaders for the first time this year!