It was touch and go whether Lucy and I would race together at this one. Logistics, health and work for both of us getting in the way a bit! Anyway, by the Sunday morning we were both present and correct and admiring the fresh dump of snow on the Long Mynd 🙂

A bleak start. No-one looks in a hurry to set up transition!

We had decided last month that we were going to break with (our) convention and bike first, to try and get all the good points on offer even if it took more than 3 hours, then trim our run accordingly. I was under strict instructions though – no smashing it allowed – Lucy had a big race the following weekend. My coach had said: “may we be blessed with no navigation mistakes and fabby route choices, smooth n silky….” 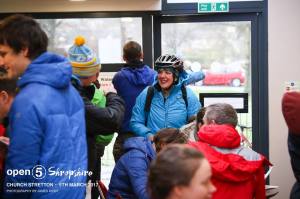 Arriving from my overnight hostel, muffled up!

Can never look at a map too much ..

It was working out like that on the bike at least 😀 After a quick out and back along the road, we set off clockwise, doing the big climb all the way on the road, with the snow rapidly clearing. A horse trotted across the road across us, which was most unexpected. On the way, we figured out a slightly smoother way to get to the controls we were now after, having seen the values (we’d ditched a couple far off on one side of the map). Smooth n silky!

The first big descent was extremely wet. My saddle has a cutaway section and the icy cold water was spraying up right through from underneath … ugh! Then we hit a road in disguise. I got a clod of mud right in the eye and it took some time before it stopped feeling as if someone was sandpapering my eyeball. We were cruising along with a delightful tailwind. I imagined what Andy would have said if I’d planned a road ride along this mud encrusted tarmac 😀 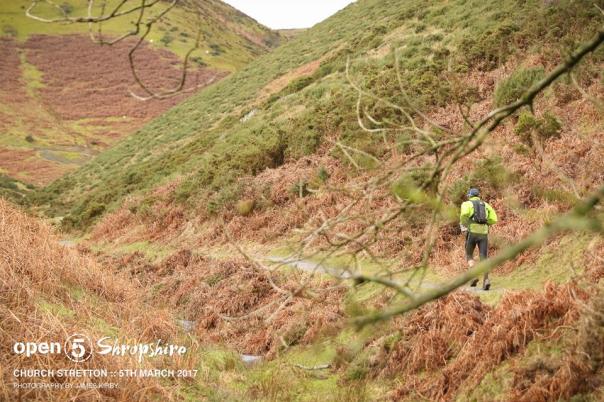 Although on some of the hills I was dropping Lucy, it was only because my gears don’t go as low as hers – I was happy to let her pull back again. We were making good progress and only really ground to a walk on the final climb back up the Mynd, on a track with deep tractor ruts. It would probably have been ridable if the wind hadn’t been blowing us sideways so hard it was impossible to stay riding on a narrow enough line.

We flew *down* here when it was just soggy grass

Popping back out at the top it was all downhill from here. We laughed as we passed Jon slogging up the wet grassy hill as we flew down! Lucy took a tumble on a short section of boardwalk just as I was thinking it might be slippy. I could tell it was a hard one as she didn’t bounce back up immediately, but little was said and on we went. We both got super cold on this descent, not enough pedalling going on. But soon enough we were back for a slow transition whilst we fumbled the changeovers and rammed our unfeeling feet into running shoes. We were so fuddled we both ran off with our bike helmets still on!

As we made our way along the road, my little toe felt as if it was broken under the others! The bike had been good, but now we needed to adjust our run to the shorter time we had left (1h42). The points allocation and our remaining time was making it tricky to decided a good route. I let Lucy consider whilst I did my second wee stop of the day. Most unusual, I must have drink too much tea! Ha. Unfortunately we got disorientated near the start, following a path not on the map and losing the map detail under various other markings.

We righted ourselves and were soon moving at a reasonable and maintainable speed. A chap going the other way warned us it was slippery (?!). We did a hard right and the path headed uphill. One control was cheekily placed on the other side of a stream, forcing us to get wet feet. As we ascended a valley with steep sides I realised this was where Lucy said we’d have to escape from at some point … she was kind, as we carried on up quite a while before cutting cross country up the sides. 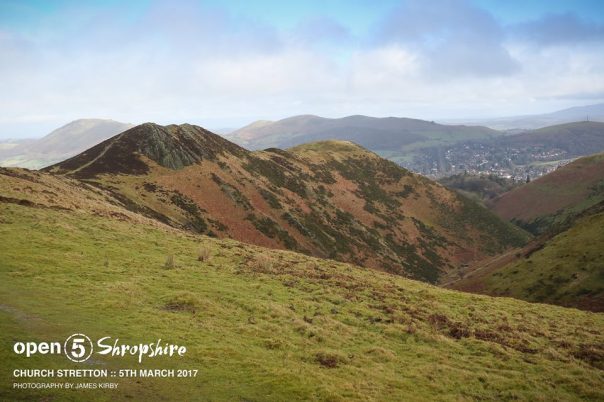 Hills for running around

We came out on top and I was worried about time. Half an hour left, the finish seemed a long way off and what was this, why were we running uphill again?! It was an out and back to the top and then we really were descending, with more urgency now. The final control at the reservoir was misplaced vs the map, meaning we lost a little time before turning down a large tourist path back to the town. This was no longer ‘steady’, nothing like it … but we minimised our losses and were only 4 minutes late.

Enough to win female pairs and secure the series (which we wanted to do as Lucy really can’t come to the last one), and still tantalisingly close, but not ahead of, the mixed pairs 😉 15th overall. Results. This area is a great place to bike and run in all weathers.

Been finished a few seconds now, must be time to review the map and route choices!! 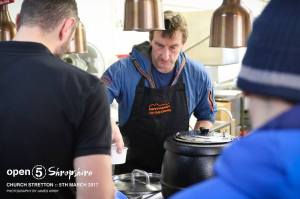 Dib and run to get changed – the final leg

Thanks to Open Adventure for organising, James Kirby for photos, all the volunteers and to Jon and Andrea for a lift home with inbuilt small child entertainment in the back (just don’t get me started on the female representation in ‘Adventure Stories’…).